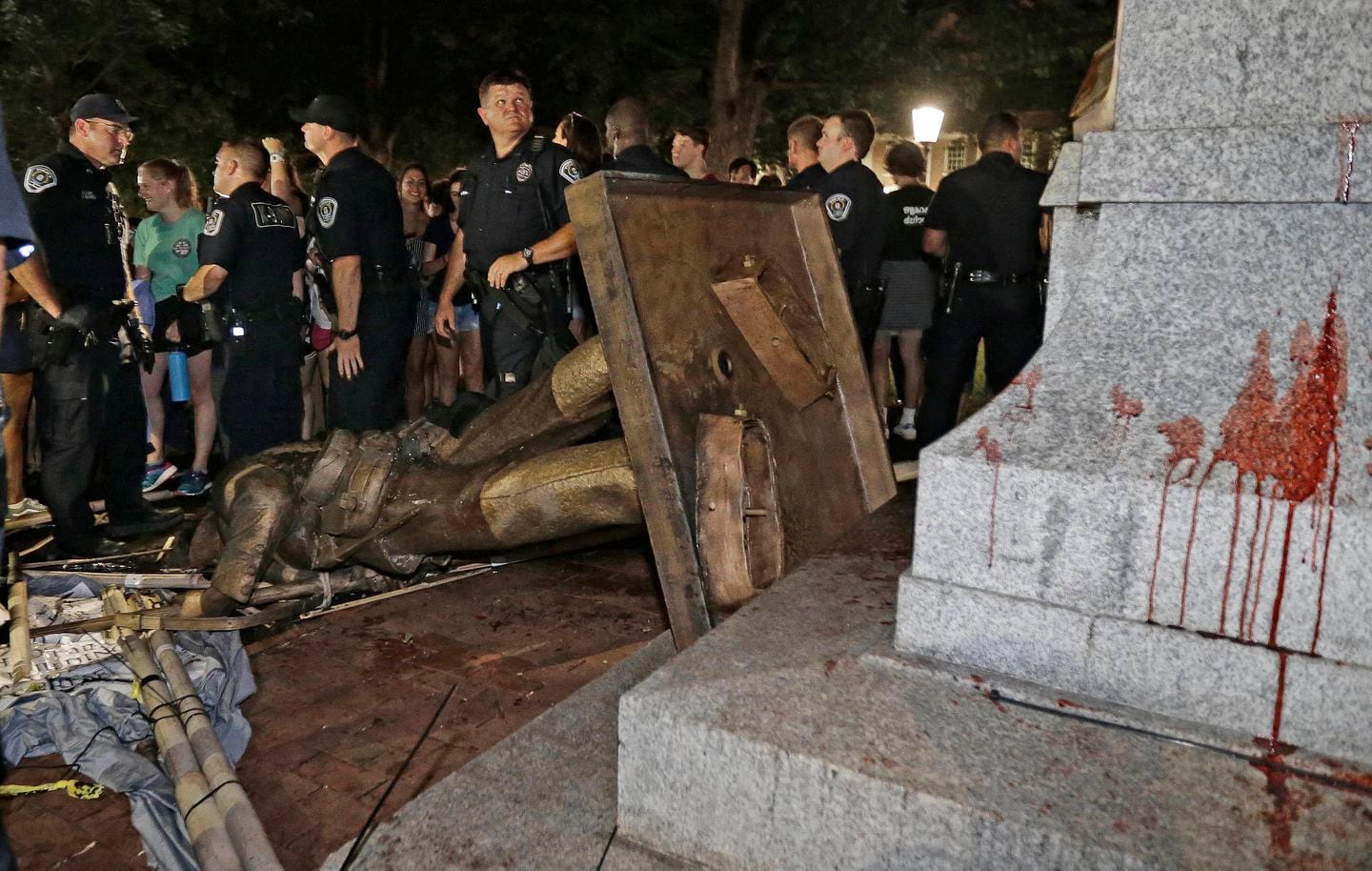 This Sunday will be our last time together for this semester.

I had originally scheduled the class to be about Ephesians 2:17-20, and we will read that passage, but a lot has happened this week, and it would be wrong not to address those issues as well.

Our local university (the one in Chapel Hill) announced over the Thanksgiving break that it is giving $2,500,000 to the neo-confederate organization, The Sons of Confederate Veterans. While the university tried to portray the gift as an effort to avoid a costly legal action, even the recipients have acknowledge that the amount is astonishing. This unprecedented support by a major university for a white supremacist group speaks volumes for the racial climate that still exists in our area.

The New York Times broke the story on Tuesday. The Washington Post followed up with an article on faculty response on Friday.

Are current attitudes toward immigrants at the level of our federal government any surprise if such a respected institution as UINC can provide such support? Current mistreatment of the poor and minorities—including immigrants—is not a recent development, but somethings rooted in centuries of prejudice and abuse.

Student at UNC have been speaking out against actions by the university’s administration to protect Silent Sam—a monument paid for by the Daughters of the Confederacy and major UNC donors—for a long time now. The monument was erected in 1913, at the hight of Jim Crow, and one of the speakers at it’s dedication bragged of having horse-wipped a black woman “until her skirts hung in shreds” for ‘disrespecting’ a white woman. The intent of placing a bronze confederate soldier with a rifle at the top of the monument was clear.

The scriptural passage we will read does not address the issue of Confederate monuments, but I hope our discussion of it will inform our understanding of christian responsibility in the face of such disturbing action by powerful people in our region.

The presentation for this class is already online. You can find it here. 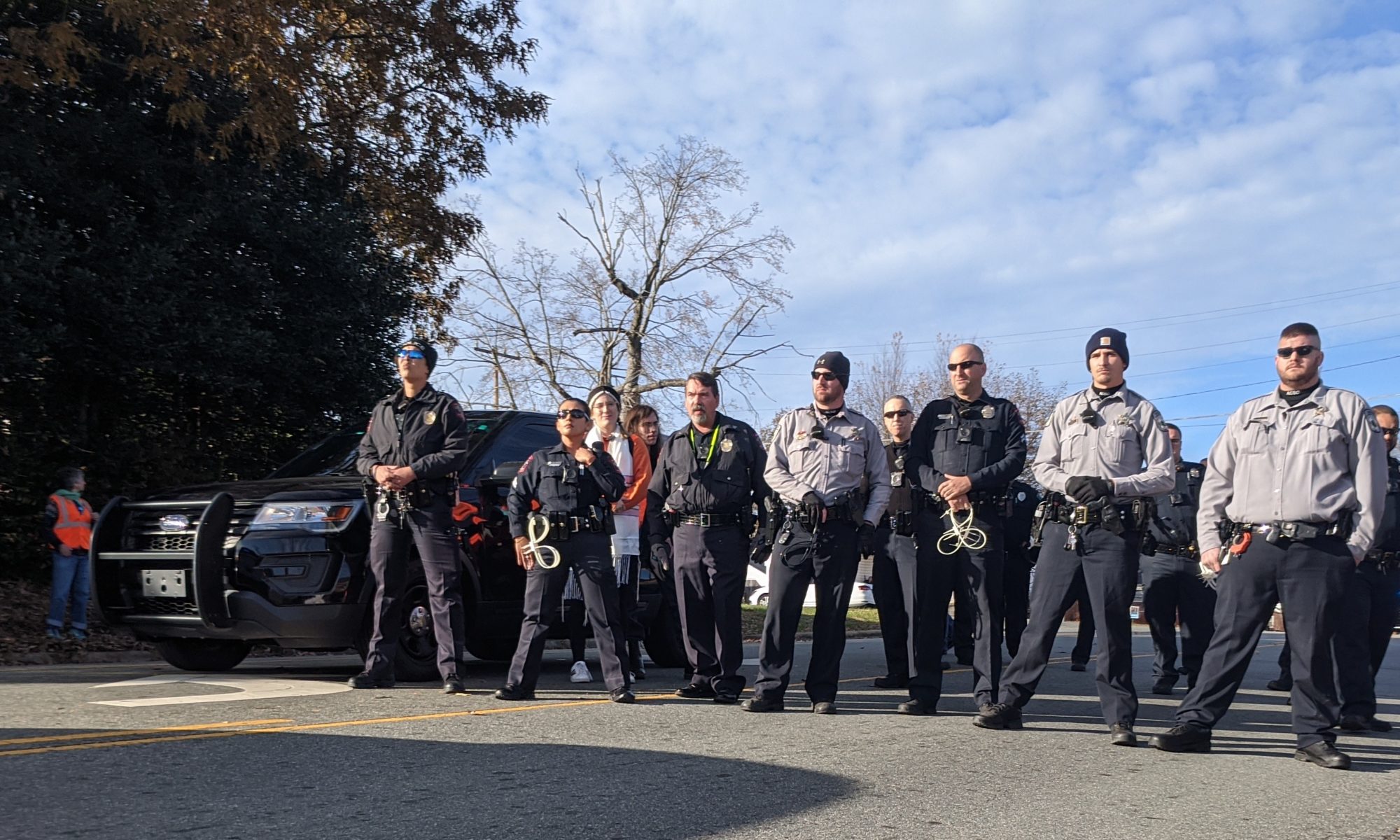 Tomorrow morning we will discuss last Sunday’s protest against Alamance County’s cooperation with ICE, talk about when Civil Disobedience is warranted for the Christian Community, and read together a litany of welcome drawn from scripture.

Part of our discussion of last week’s protest will involve watching this short video: 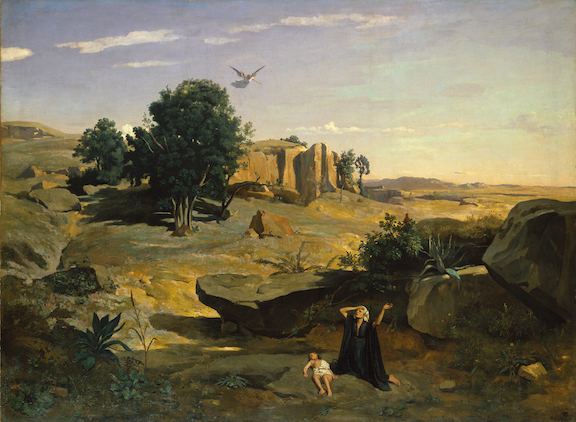 Tomorrow morning we will examine the complicated stories about Hagar in the book of Genesis. A slave brought to Canaan from Egypt by Sarai and Abram (later Sarah and Abraham), she is forced to bear a child with Abraham, then kicked out of the house after Sarah has a child of her own.

Yet God protects her. And she gives God a new name: El Roi, the God who sees.

What can these stories tell us about ancient views of foreigners and how communities of faith should view them?

The presentation for tomorrow’s class (November 10, 2019) is online. You can find it here. 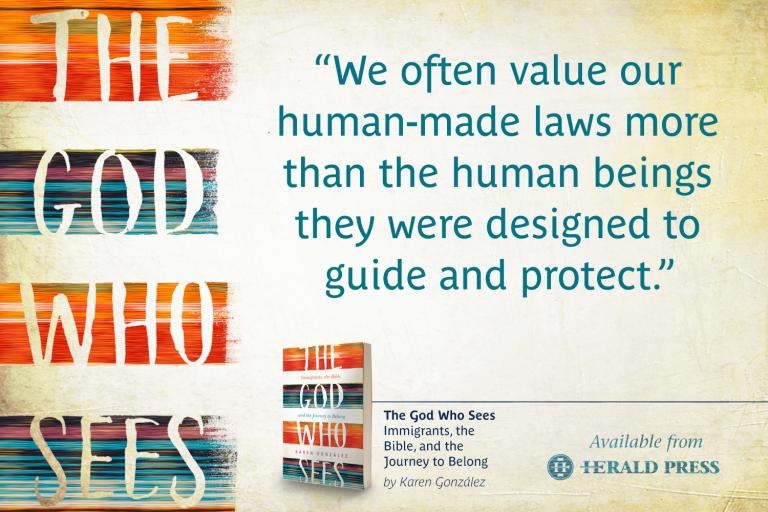 This week I listened to an episode of The Deconstructionists podcast that consisted mostly of an interview with Karen Gonzalez, author of The God Who Sees: Immigrants, the Bible, and the Journey to Belong. The book has been recommended highly by theologians, biblical scholars, and social activists. Here is what Rachel Held Evans, author of Inspired and Searching for Sunday, had to say about the book:

“With this stunning debut, Karen González makes her mark as one of the most talented storytellers of faith in a generation. The skill with which she weaves together personal narrative, biblical text, intimate detail, and sociopolitical analysis is as impressive as it is seamless. Every single page of this beautiful, timely book pulses with prophetic truth. It left me changed in all the best ways.”

I encourage you to listen to the interview. Just click on the image below! 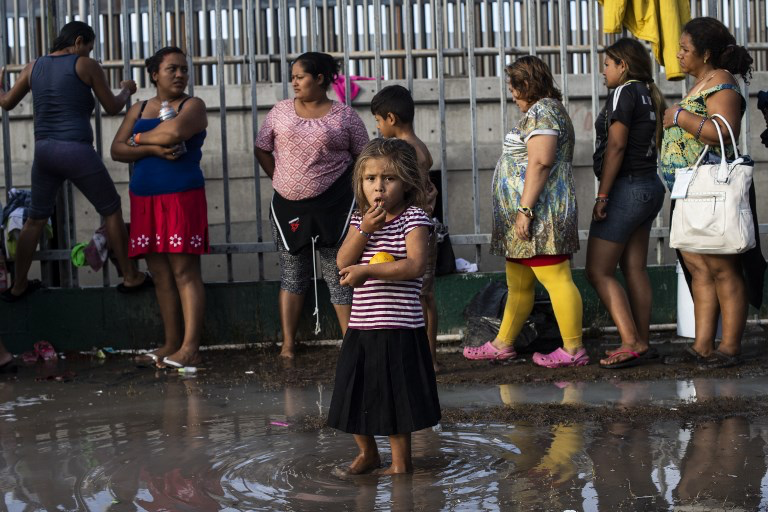 What is happening to children on the US/Mexico border will have long term effects on their health and mental development. The video above discusses these effects and their causes.

A few days ago Greg Sargent at the Washington Post published an opinion piece that begins by contrasting the backlash that occurred after the news of children in cages broke with the near silence that now accompanies the humanitarian crisis at the border. A new report by the U.S. Immigration Policy Center at the University of California at San Diego, details the trauma facing asylum seekers who are sent back to Mexico to await processing. Living with that trauma daily will impact the future development of children for decades to come. The report, published only a few days ago, is available online.

On Sunday, November 3, we will discuss this issue in the context of the biblical injunction against mistreating widows, orphans, and foreigners. We would love to have you join us.

I have added the presentation for tomorrow morning’s class. You can access it here.

This Sunday we will watch this short video, read Jeremiah 22:1-3, discuss the historical situation behind that text, and look at what our own moral obligation might be in a time characterized by hateful government policy.

The presentation for this Sunday’s class (October 27, 2019) is already online. You can access it here.

The following two videos examine US involvement in Central America and its impact on Central American’s fleeing to the US in search of asylum. The first is from Al Jazeera and contains some disturbing images of violence in the region. The second is from the History Channel and is less graphic, but makes very similar points about US responsibility for the crisis we are now attempting to stop by force at the border.

The presentation for tomorrow morning’s class is already online. You can access it here.

On Sunday we will watch this short video giving the story of a person wrongfully deported and discuss the parable of the “Good Samaritan” from Luke’s Gospel. What would Jesus have us do when our neighbors are being mistreated by our own government? 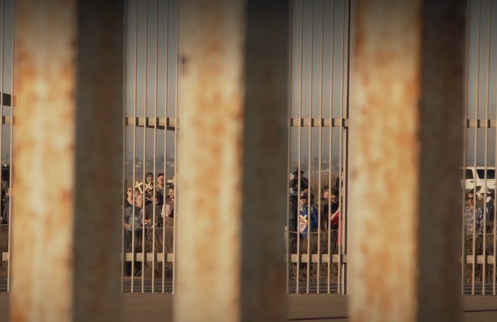 Tomorrow morning we will read 1 Kings 8:41-43 and discuss what we can do as a church to welcome the foreigner. We will watch the short film (3+ minutes) “The Inn Without Borders / La Posada Sin Fronteras” and contemplate what it means to be church for the undocumented immigrant.

On September 29 we will discuss the plight of DACA recipients in light of what Ancient Israel’s legal tradition had to say about treatment of foreigners within Israel’s borders. Should those same principles apply now? What would be different if they did?